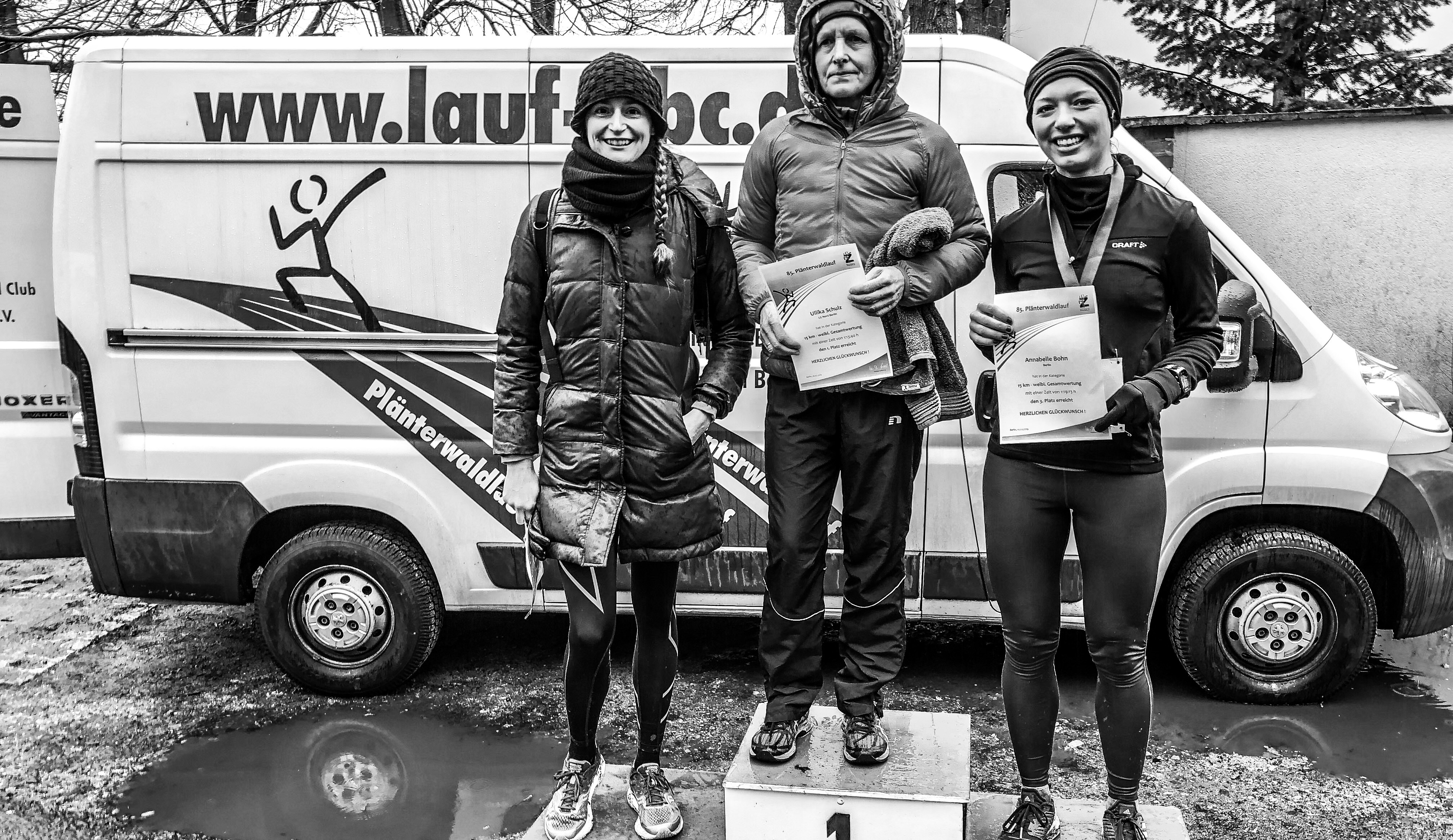 First race of the year 2019 was Plänterwaldlauf again. Last year I ran 10k, this year my coach decided that 15k would be a better option for me. It’s not a „real“ race of course – I did it after a normal 12 hours training week, so I didn’t expect extraordinary performance 😉 I like running a small race early in the year though, as it usually gives me a little kick for my further training. I also like the course of the race: through the forest and along the river. Very enjoyable when the wether is somehow nice.

When signing up for a race in Februar in Berlin, one of course cannot really expect nice weather. Last year it was snowy and freezing, not sunny, but still OK, this year it was a disaster. The rain was pouring, at some point turning into hail, creating countless puddles that turned into one big swamp by the time I was running the last of my three rounds. By the time I crossed the finish line I was soaking wet – as did every other athlete…

I didn’t feel 100% fit during the race. I didn’t sleep well and was only semi-motivated, the weather was annoying. I just wanted to get back to bed – that was probably the only reason why I got faster and faster during the last round :D. After I crossed the finish line I just wanted to put on some dry clothes and get to a sauna as fast as possible. But then I heard my name (properly spelled to my surprise). I mean, I don’t really run to win (I’m also rather realistic about my talent ;)), so it was quite a nice surprise to learn that I finished as a second woman and won my age group. It was the first AG win and first podium since I started training and competing. Of course, it’s not the IronMan, it’s a small and cozy local race, but I’m like this anyway:

It was also my first race with other shoes than ASICS Noosa Tri which I have been running for the previous 5 years. As they have been discontinued, I have bin experimenting with other models and brands recently (a separate post on this topic is coming). The difficulty – my feet are very long (European size 42) and very narrow, so my choices are quite limited. Fortunately ASICS has DynaFlyte, which is very narrow and DS Trainer, which fits me as well, but why not try a different brand as well. Saucony Ride 10 got some pretty good reviews when it comes to endurance runners with narrow feet.

So why not try (especially as it was on sale and very affordable at that time). They don’t look particularly good, which is a minus point. During the first runs they felt a little too soft as I was used to rather stiffer shoes, but getting used to it, I actually started to like how they feel. That’s why I decided to try them during the race and I didn’t regret it. They felt so comfortable, that I basically forget that I have shoes on – my feet didn’t hurt, my knees didn’t hurt, I had the impression, that the shoes support my natural way of moving. I have to lace them very tide to fit my narrow feet, but when I did this, my feet felt stable, not moving around like in some other shoes. Of course 15 km is not a long distance, so I’ll definitely have to test them on a half-marathon and marathon distance to form my formal opinion. But for now, they are in the game 😉 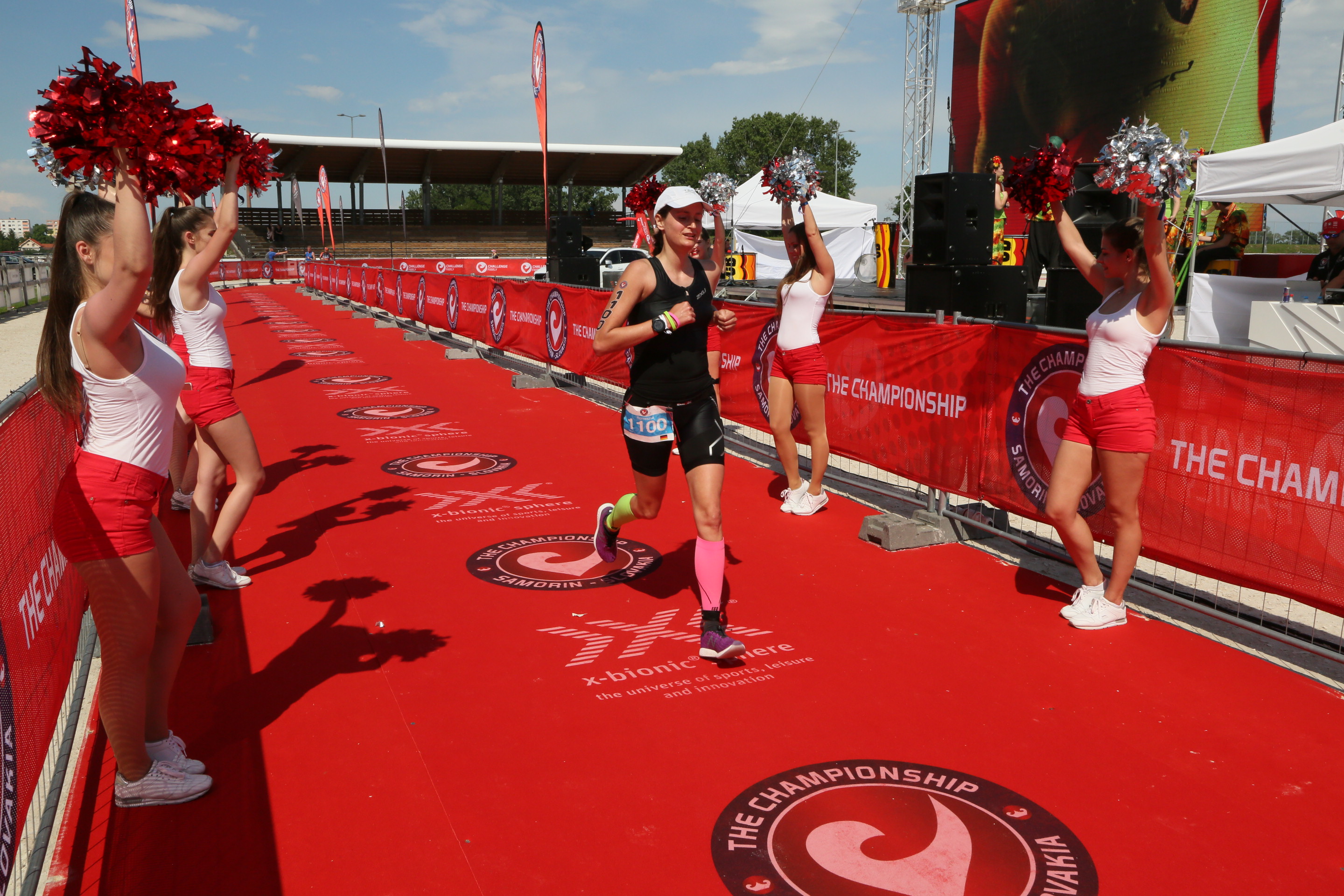